What’s in a name?

By bkirby July 13, 2016 Uncategorized
No Comments 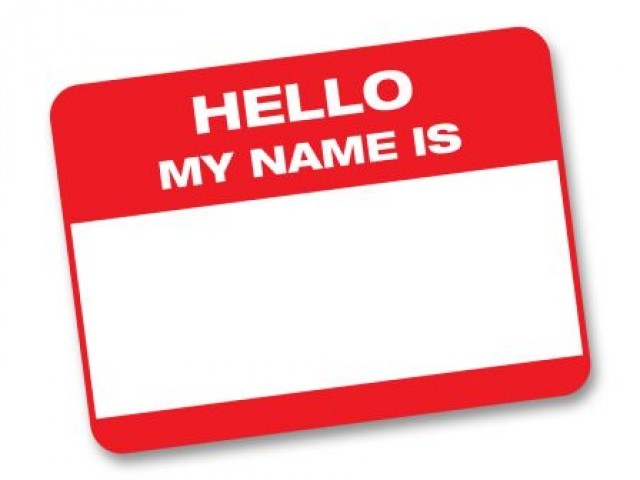 Over the years I’ve had clients name their pets all sorts different things. Frequently they’re named after current public figures like sports stars, singers or actors.

We have a “Tebow”. One of our technicians has a dog named “Johnny Cash”. We’ve had lots of “Elvis’s” and “Ringos” over the years as well. A “Mick’ and a “Jagger” I’m sure.

“Jeter” has been popular in the past but Derek recently retired from the Yankees. His name could fade, but he did just marry a super model named “Hannah”, so maybe she will garner some name support. We have a Doberman named “Zdeno” after the Boston Bruin and a Boston Terrier, “Papi”, presumably named after the Red Sox star. I know of at least 3 “Fenways” we currently see.

Sometimes we get names from popular culture like “Harry Potter” or like one of our clients who called her two cats “Harry” and “Sally” after the Billy Crystal/Meg Ryan characters from the movie of the same name.

The movie “Roots” was recently remade, but way back in the 70’s when the first one was originally broadcast I took care of a wonderful little cat named “Kunta Kitty”, a play off the name of the LaVar Burton character.

I’ve always tried to come with clever names for my own pets or a name that means something to me. The first dog I ever had all for myself I named “Schaeffer” after the last name of one of my best friends when I was 8 years old. There were some little kids who lived in my condo complex way back who used to love to play with “Shavers”. I gave up trying to correct them.

I had a wonderful Siamese cat I named “Sweet William” after the flower. One of my best cats was named “Pete”. He was 19 lbs. and lived to be 19 yrs. old. He was born in late 1979 and he passed in early 1999. If he had lived another 8 months he would have lived in 4 decades. He was a good guy; the best purrer of all time. My current cat is “Mr. Whoopie” named after a cartoon character who was called “Professor Whoopie”. Trust me, my Whoopie is no professor. Think of him more like the minister’s kid. 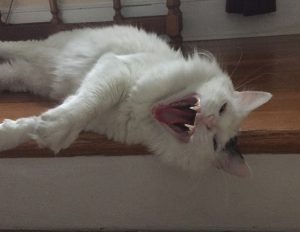 People names are always popular and I’ve had my share. “Clyde”, “Boris” and “Sam”  come to mind. Our hospital cat is named “Carl”. I had a black lab named “Mabel” and after her I named my chocolate lab, “Bogie” because I love to play golf (not because of Humphrey). Currently, we’re living with “Lily” our French Bulldog.

We sometimes call her “Chubs”

Finally, two of the more memorable names I had for patients were with the same client, Ernest Tidyman. He passed away years ago. He was a Hollywood screenwriter with many credits to his name. He won an Academy Award for writing the French Connection starring Gene Hackman and Roy Scheider. He was also known for writing screenplays for gritty, urban crime thrillers like the “Shaft” movies starring Richard Roundtree.  He had two delightful Jack Russell Terriers. They had regular names (that I forget) on their official records, but in the margin they had their real names that Mr. Tidyman usually called them. I cautioned my receptionist to check the waiting room before she announced the next appointment, “We’re ready for…..”Sex” and “Violence”.