By bkirby May 24, 2016 Uncategorized
No Comments 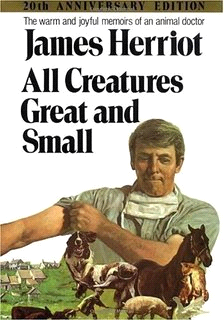 I’ve been practicing veterinary medicine for over 38 years. I’m only 61. You can’t start as young as I did anymore.

Back in the 70’s there was a shortage of veterinarians in the United States. It was the beginning of a new era. People wanted more and better care for their house pets. The James Herriot books didn’t hurt either. 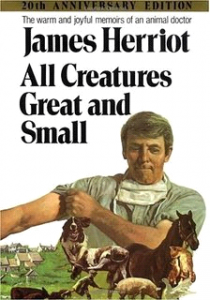 Up until that time most veterinarians were engaged in farm practice and only treated dogs and cats on the side. Veterinarians who practiced strictly “small animal practice” were rare. Only in large, metropolitan areas were there practices devoted just to small animals. I grew up in Grand Rapids, Michigan. I recall there being only 2, strictly small animal practices in the city of 200,000. My dad took our dogs to see a vet out in the country. I don’t remember his name. He did farm calls and saw dogs and cats in his kitchen at night. I remember taking our dog to him. No appointments; we just drove to his house, rang the bell. He was having dinner in front of the tv. He stopped eating, we went in the kitchen and put our dog up on the table for the exam. The vaccines he gave were in the refrigerator, next to the milk and leftovers. That was my earliest exposure to a veterinarian.

Most veterinarians were male back then too. “Large animal” practice was for men (not my opinion) and fixing cows and horses was physically demanding.  Because of the increased demand for small animal practitioners, veterinary schools, of which there were less than 20 in the country, expanded their class sizes, admitted younger students and a lot of women, and doubled their faculties so they could add a small animal curriculum.

I was 19 years old when I was admitted to veterinary school. I wasn’t the youngest student in my class either. I was allowed to apply half way through my sophomore year of college, but only to Michigan State University where I had started as a freshman. In my class of 115, 45 of us were 2nd yr. “babies”. Almost half my class was female.

I began veterinary school in June of 1974, 3 months before I turned 20. No time off for summer. We went to school year around with only a 6 week break that was taken in the 3rd year. I earned my bachelor’s degree sometime in 1975. I got it in the mail. I didn’t know I’d earned it. No graduation ceremony.

I graduated from veterinary school in June of 1977. We had 4 years of veterinary education crammed into 3. I was 22 years old. Needless to say, there were no spring breaks for my class. For that matter, not a lot of sunlight either. There were no computers, no internet. Everything was from books and lectures. Read, read, read, examine, memorize, study, test, study some more….maybe sleep some.

Thinking back, it was one of the best times of my life. My classmates and I were on our own little ship sailing in a big college ocean. We rarely interacted with the rest of the campus. Our classes were in buildings segregated from the rest of the university. In the clinic, we were required to wear “whites” at all times; white slacks, shirts and coats. Men wore ties. My roommate and I would sometimes wear bowties just to be different. We said we sold ice cream on the side. Some of the women wore ties too; just to change things up. Though I rarely see or speak to them anymore, they were some of the best friends I ever had. If I cross paths with an old classmate now, even if it hasn’t been since graduation, we hug each other like long lost relatives. Here is a picture of me and some of my 1977 classmates. Find me?

It’s been my pleasure to mentor a few youngsters who have gone on to become veterinarians. One of our interns, Kelly D. will be joining the Texas A&M class of 2020 this fall. We’re very proud of her. Her experience getting to this point is very different from mine. There is double the number of veterinary schools now. The profession is more than half female, which is great. I am the father of two daughters and I’ve always been proud of how the vet
erinary profession has welcomed women.

Today, the amount of time it takes and the cost of a veterinary education are dauntingly higher. One thing I’ve emphasized to future colleagues is to be careful and smart about the amount of debt you incur achieving your goal. It’s so different from my day.

Yes, a ton of things have changed since I started, but the one thing that hasn’t is the sheer joy of practice. It is hard. It’s challenging, special and rewarding. This is the honest to gosh truth. I’ve never regretted my choice (well, after a bad day, maybe once or twice). But really, I cannot imagine doing anything else. 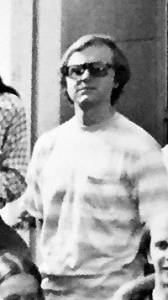