By bkirby May 4, 2016 Uncategorized
No Comments 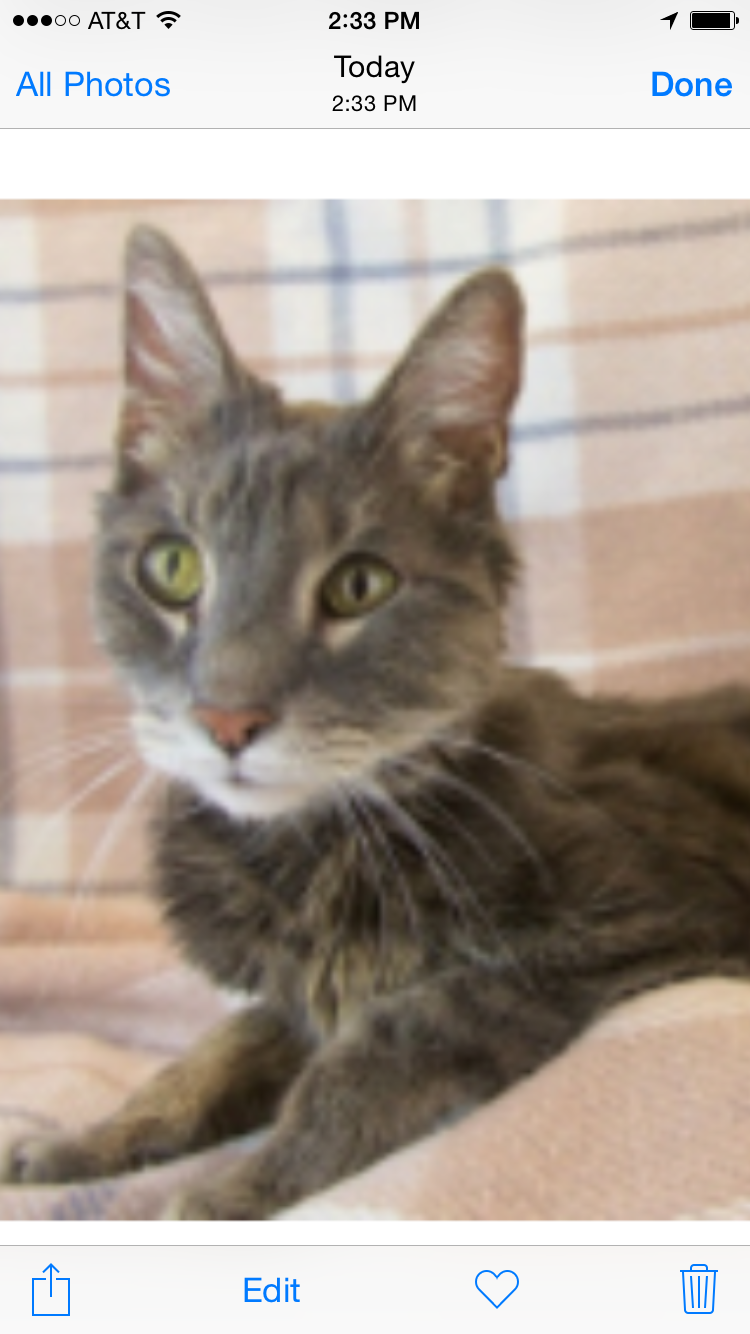 If your kitty lives long enough chances are he or she might get this.

Hyperthyroidism. It’s an overactive thyroid caused by an benign tumor (adenoma) on the gland. It results in too much thyroid hormone and basically, it speeds up your cat’s metabolism. They appear quite normal. They have great appetites…maybe too great. They’re alert and playful most of the time. They’re always old when they get this disease; most are at least 12 years old. But they lose weight. Their heartrates and blood pressure go up. They waste away even though they eat like crazy. Eventually heart and/or kidney failure show up. Not good.

The disease did not exist when I was a student in the 1970’s. The first case reports were not published until around 1980. Interestingly, one of the first reports was by a veterinarian from Boston I had the pleasure of speaking to several times. The late Dr. Jean Holzworth. She was a fascinating lady and you can read more about her here.

I worked in Clinton in the early 80’s and she called me out of the blue one day as I was treating a cat belonging to a friend of hers. She had a summer home on the Connecticut shoreline. I didn’t know who she was. She proceeded to…shall we say…”inform” me about what I was missing regarding her friend’s cat. Also, since she had a PhD in Latin and had taught at Mount Holyoke College before entering veterinary school she was kind enough to correct my diction during our conversation. I was young and thought I was the “cat’s meow”; I almost dismissed her as a crank. When I mentioned the call to my boss he practically fell out of his chair and said incredulously, “Jean Holzworth called YOU?!!” He proceeded to fill me in on exactly who she was…and after following her suggestions (well…orders) I ended up diagnosing my first case of hyperthyroidism.

Years later when I was in my own practice up in the Litchfield hills she called me again. By this time she had retired to Lake Waramaug which was nearby. She did not remember me but, oh baby, I remembered her. Again, a friend of hers had brought a cat to me. It turned out to be a different problem, but Dr. Holzworth was spot on once again. The lady was a gem. Intimidating, but a gem nonetheless.

Today, hyperthyroidism is a regular finding. Unlike 35 years ago there is a simple blood test for the disease. We diagnose a case or two almost every month. We used to surgically remove the tumors, but it was fraught with complications and frequently failed.  Radioactive iodine, like they use for goiter in humans, is the best treatment now, but it can be expensive, so many cat owners opt to use the drug methimazole which comes as a topical ointment  applied to the inner aspect of the ear; or a liquid or tablet that is given orally on a twice daily basis.

Here’s an in depth article about the disease from Angell Memorial Veterinary Hospital in Boston; Dr. Holzworth’s career home.

I’ve always been fascinated about why this disease wasn’t around before the late 70’s. There are several theories and none have been definitively proven. The two that I think have some merit have to do with what has changed in our households starting around 50 years ago. When hyperthyroidism was first found in cats researchers went back to their files and examined thyroid specimens that had been preserved from cats going back to the 1940’s. They could not find any evidence of thyroid tumors. Not until the 70’s did they start to show up. Why?

One theory was that starting in the 1960’s upholstery and carpeting manufacturers starting treating fabrics with fire retardant chemicals related to bromine (polybrominated biphenols, PBBs). Bromine is very similar to iodine and we knew high levels of iodine could lead to thyroid problems. Also, around this time cat food cans started to come with ring top pull tabs; can openers weren’t necessary. The inner lining of the cans were coated with a solvent containing traces of PBBs to keep them from rusting and leaking. By the time cats born in the 60’s reached 12+ years of age in the late 70’s…Bingo…thyroid tumors started showing up. I don’t know if they will figure it out but I lean towards the can theory. I had a cat, Pete, who lived to be almost 20 years old. He never got hyperthyroidism. Yeah, he lounged around on the carpets and couches his whole life but I never fed him canned food. I didn’t like the smell. For what it’s worth.