By bkirby April 18, 2016 Uncategorized
No Comments 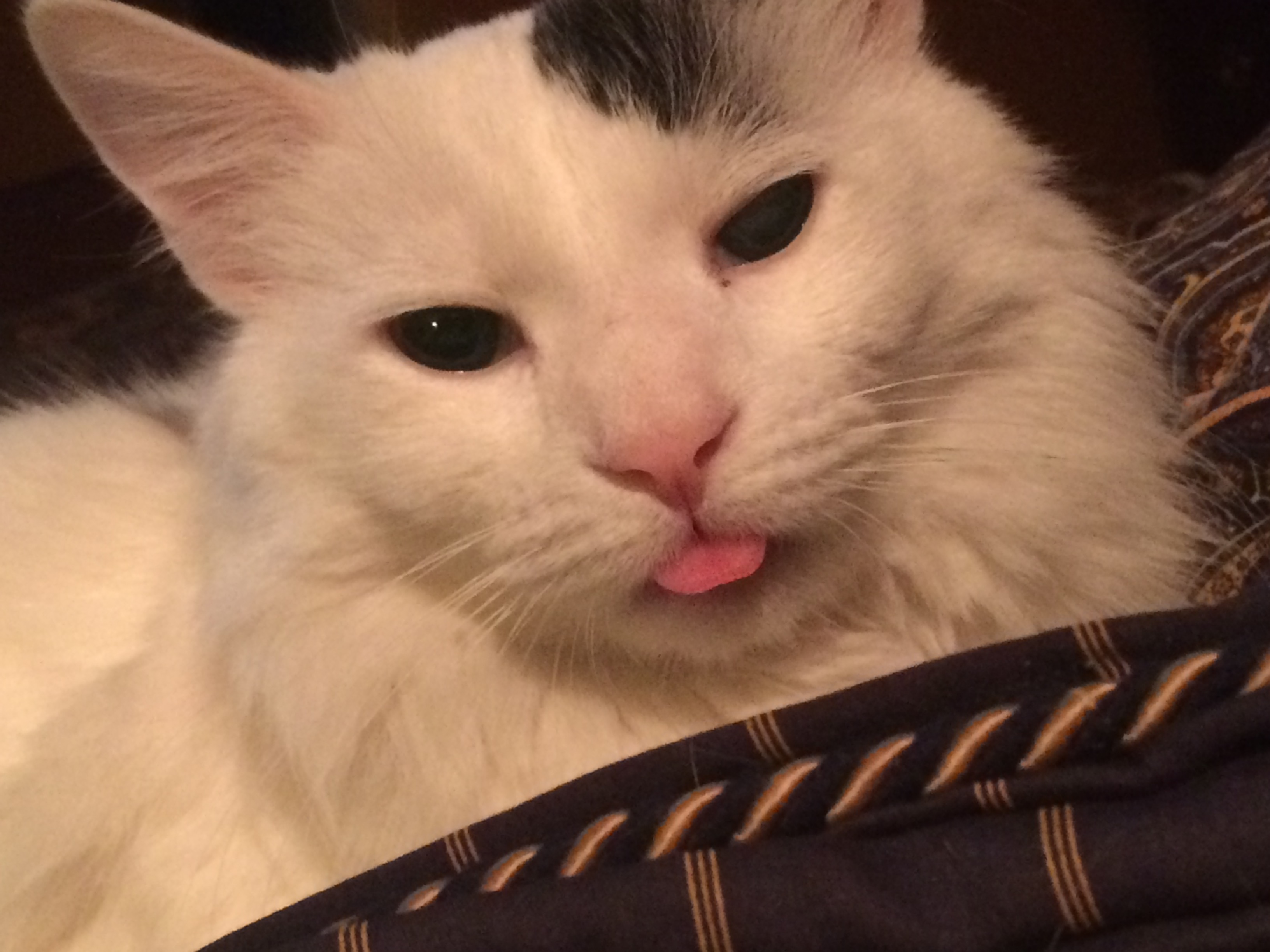 If I haven’t seen a cat in a while but I see “Nice, roly-poly kitty cat” in my notes I know two things. First, the cat is healthy, and second he’s overweight. I also write lots of other stuff in my notes; more technical things like weight, heart rate, the condition of his eyes, ears, lungs…etc. But, nice and roly-poly are a quick reminder that this kitty was fine. Now I’m not advocating for overweight cats, but it is a fact of modern pet ownership that big, happy lap cats are a common finding these days. Why? When I started in private practice back in the late 70’s (that’s 1970’s when bell bottoms and mullets prevailed….I wore the former…not the latter) strict housecats were rare. Most cats went outside. It was uncommon to see a 15 lb. cat back then, but also, 15 yr. old cats were few and far between. Cats who went outside, like kids, ran around a lot more. They also enjoyed a more…umm…. shall we say…”continental” diet consisting of little mousies and chippies that contained high amounts of fat and protein. It was harder to get chubby in those days. Unfortunately, going outside every day exposed them to greater risks, like automobiles and other, bigger creatures that often 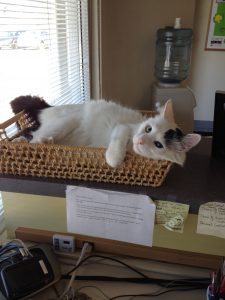 led to shortened life spans. By the 90’s cats became more house bound. All good. However, by this time the cat food industry began marketing their products in such a variety of ways that they started to push breakfast cereal off the grocery store shelves. So many choices? Flavors? Very competitive business. Consequently, like the human, convenience food industry, cat food became highly processed with large amounts of grains added as a cheap source of carbohydrates, fibre and fats. Rice, the cheapest grain, became the backbone of dry, cat food kibble. Cats became less active and soon…fatter. Nevertheless, even as they do live longer these days…it is not without needing more veterinary attention in many cases. Which gets me to my point. The cat is now a model for Type II Diabetes in humans. My doctor keeps warning me. I’m not diabetic…yet. I have borderline high blood sugar that I watch regularly. Like my cat patients, I am not as active as I once was and I eat too many highly processed, starchy, fatty foods. I’m working on it. 30-40 years ago veterinarians did not diagnose many diabetic cats (Incidently, like them, we too ran around more). We used to see 10 diabetic dogs for every diabetic cat. Now it’s reversed. In the old days, most dogs got table scraps in their food; lots of gravy and fat. Now their food is much more balanced, no leftovers and the rate of diabetes in the dog has plummeted. Cats have gone in the opposite direction. What to do. Think about it. No, don’t start letting your cat outside, nor is getting a kitty cat treadmill going to work. Think about cat food with little or no grain in it. I’m a big advocate for grain free diets for cats. The one I feed my cat, Mr. Whoopie (more on him in future blogs, this is him in a more reflective moment),
is Nature’s Variety, Instinct. There are others. I like Blue Buffalo too. Whatever you do, avoid rice. Studies have shown that while most cats fed rice based diets DO NOT become diabetic, almost all the cats that do, are on one. Get rid of the rice. More protein, less carbs. In the end, your cat will get older…and maybe stay just as heavy, but less likely to be diabetic and more likely to get “nice” and “roly-poly kitty cat” written in his record.