By bkirby August 25, 2017 Uncategorized
No Comments

I tend to date myself by recalling the old days when I first started practicing. When I was a young veterinarian we encountered a lot more toxic reactions to common household items than we do today.

I saw cases of lead poison, mostly in puppies who licked paint chips off the floor. The symptoms were frequently neurologic; seizures and definite decreases in mentation. They were difficult to treat because by the time the symptoms showed up the lead had become ingrained in the body and had done a lot of damage. Trying to rid the body of a heavy metal like lead was next to impossible. We were left with just trying to manage the chronic side effects, often with little success. Fortunately, lead has pretty much been expunged from most every day household items and it’s been at least 30 years since I’ve seen a case.

I treated several episodes of mercury poisoning as well. Most of these cases were the result of broken thermometers. Again, small dogs and puppies were the most likely to be affected as it took very little mercury to cause problems. Mercury poisoning is insidious and creeps up long after the exposure. As I recall these incidents usually ended heartbreakingly. I don’t miss seeing them.

Even some of the common items that are still around…like automobile antifreeze….cause very little damage these days. 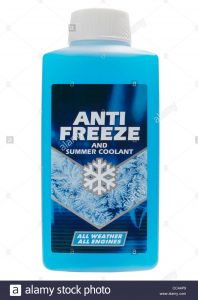 Most people don’t change their own antifreeze anymore and pet owners have become much more aware of the dangers of antifreeze and keep their pets away from it. Antifreeze contains a solvent called ethylene glycol that when ingested crystalizes in the blood stream and clogs up the kidneys almost immediately. Severe and often times irreversible kidney damage ensues. Treatment for antifreeze toxicity must be administered within minutes to hours. Recovery is never guaranteed.

We used to see insecticide toxicities a lot more than we do now. Lindane and Chlordane were popular flea and tick products 30 years ago. They were in flea shampoos, collars, dips and sprays. They were meant for dogs only….never cats and are outlawed now by the EPA.. Every summer I would see several cats presented emergently suffering from seizures….often still wet from the bath the owners had just given them to kill fleas. They used a dog shampoo or dip. Yikes! Fortunately, many of these cats could be saved by using atropine as an antidote. It needed to be given intravenously and the patients needed to be closely supervised….but most recovered. In those days there were no 24/7 emergency clinics and I remember staying up late into the night monitoring these patients. I recall bringing some home with me and placing them in a clothes basket next to my bed so I could monitor them throughout the night. Oh man, I don’t miss those days.

Today, there is one common flea and tick product that cat owners need to be careful about. Permethrin. It is found in many current products for DOGS. Permethrin is a synthetic version of pyrethrin which is derived from chrysanthemums (thank you spell check), probably the oldest flea product on the market. It’s been around as long as I have.

The source of pyrethrin

Eating a chrysanthemum is also dangerous, but it takes a lot. I don’t think I’ve ever seen anything other than an upset stomach from eating one. Nevertheless, if your pet noshes on one you should call us. As for the flea products, DON’T USE DOG PRODUCTS ON CATS. Permethrin containing products like Advantix is for dogs only. Advantage contains pyrethrin and is safe for both dogs and cats. Clinical signs of toxicity, again, will look neurologic; seizure like activity. They can be treated successfully but quick attention is required.

Be careful of mouse and rat poisons. 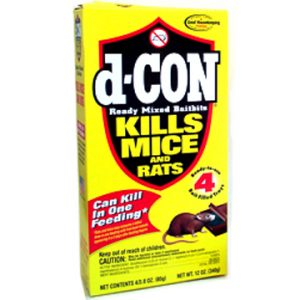 Can cause fatal bleeding

Everyone should be aware of mouse and rat poisons. Frankly, if you own pets you should not have this in your house. D-Con contains a product that interferes with the ability of blood to clot. It leads to fatal bleeding. Vitamin K injections and frequently blood transfusions are necessary to treat it. Too often, we don’t know if the pet, in fact, ingested it. Sometimes the owner isn’t even aware the pet got into it. I have seen cases where a cat has caught a mouse who ingested Di-Con and got the toxin by eating the mouse. Again, this is a case where early detection and treatment are critical. Better yet, avoid D-Con or any of the “baits” and use glue traps if you must. 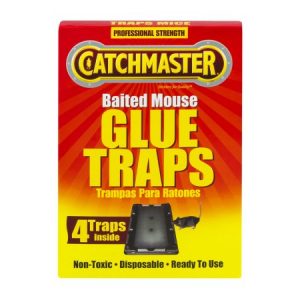 Sticky traps that don’t poison the mouse…or your pet. 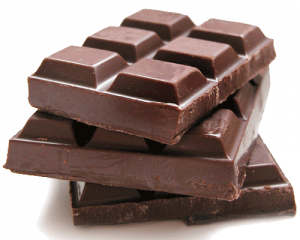 And the sugar substitute sweetener Xylitol and Grapes. 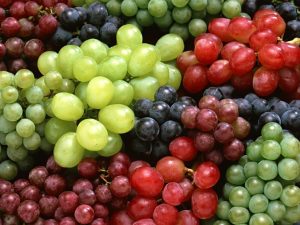 We worry about 3 kinds of chocolate; milk chocolate, semi-sweet and dark or baker’s chocolate. Milk chocolate is found in most processed candies. The semi-sweet kind is most often found in baked goods like cookies and cakes, either ready made or baked at home. The dark or bakers chocolate is very bitter and if consumed in its raw form is the most dangerous. The severity of toxicity (if any) is dependent on the age and size of the pet…usually dogs…and the type and amount of chocolate consumed. Remember in baked goods the chocolate is diluted with a lot of other things like flour and sugar, etc. So 5 ounces of Oreos is not 5 ounces of semi-sweet chocolate. It’s probably no more than 10% of that. Even in Hershey Bars or M&M’s (Dr Beebe’s favorites are the peanut kind in case anyone wants to get on his good side) the amount of milk chocolate is less than the total volume consumed. Older and smaller pets are more susceptible to showing signs which can range from simple upset stomach and some diarrhea the next day all the way up to severe restlessness, panting, excessive urination, tremors, rapid heart rate, seizures and in the most sever cases collapse and death.

A rule of thumb is it takes roughly 1 oz. per lb. of body weight for milk chocolate to cause signs. It takes about 1 oz. for every 3 lbs. of body weight of semi-sweet chocolate and 1 oz. per 9 lbs. of bakers chocolate to make a dog good and sick. So for your 40 lb. beagle it would take 40 oz. of milk chocolate, 13 oz. of semi-sweet and only 4 oz. of bakers chocolate. If your dog consumes anywhere in that vicinity of chocolate you might have a problem. Please call us anytime you think your dog has consumed chocolate. Don’t assume it’s going to be OK. Just call us. Usually it’s not serious, but don’t ignore the possibility.

Grapes. In general it takes a lot of grapes to make a dog sick. It takes 1/5th to 1/2 of an ounce PER POUND OF BODY WEIGHT to cause problems. Dark grapes are more dangerous than green grapes and it’s the skin that causes the problems. I don’t think I’ve ever seen (that’s 40 yrs. of practice) a serious grape toxicity case. If your dog snarfs up the occasional grape fallen on the floor, don’t despair. He’s gotta eat a big clump to have a problem. If he does get a bunch, inducing vomiting usually solves it. It can take days for signs to develop and they usually revolve around kidney issues. Just be careful. Don’t leave the big bag of grapes out for your sneaky guy to get into.

Which brings us to a new one. One that many pet owners are unaware of. Xylitol.

Chewing gum and breath mints are the culprits

This one is relatively new. Xylitol is a sugarless gum additive which is harmless to most people. However, in pets, especially dogs, as they are the guys most likely to chew this stuff up, wrapper and all and eat it, it can cause severe hypoglycemia…i.e. low blood sugar. Basically what happens is when this Xylitol hits the dog’s blood stream the body releases a ton of insulin from the pancreas which drives the blood sugar down very rapidly. It does nothing to Xylitol. The body thinks the dog just has had a flood of sugar enter the bloodstream and wants to lower it with insulin. It’s the same effect as getting an overdose of insulin if you are a diabetic. It can happen within an hour of ingestion. Severe hypoglycemia can lead to comas and seizures. This toxicity requires immediate attention. The toxic amount is roughly 50mg per pound of body weight. Most sugarless gums contain 100-300 mg. per stick of gum. There are some that can contain as much as 1000 mg. per piece. A small dog might not need to consume but 1 or 2 pieces. A 50 lb. dog might need to eat the whole package. The issues we have run into is the wrappers are usually destroyed along with the eating of the gum and we aren’t able to determine the amount. Often, even if we have the package, it doesn’t state how much Xylitol is there. We have had some success with poison control and consumer websites that can give us an idea of how much was in each piece, but really, we end up treating these dogs as if they have consumed a toxic amount and monitor them closely for days before we feel we are in the clear.

There are some others. Using common sense is usually all that’s necessary. I have innumerable cases of human drugs accidently consumed by pets. Aspirin, any one of the NSAIDs like acetaminophen or ibuprofen, name any tranquilizer or anti-anxiety drug….heart drugs…any number of creams and ointments. Ummm…even marijuana. Trust me, I can tell you some interesting…and in hindsight….pretty funny stories.