By bkirby July 26, 2016 Uncategorized
No Comments 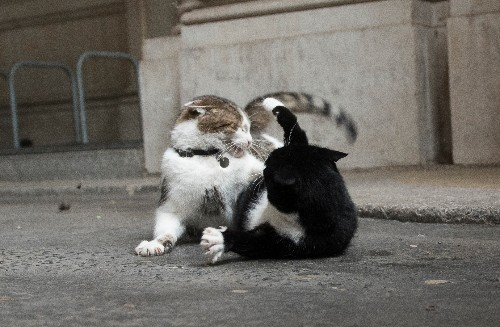 I said when I started blogging that I wouldn’t be political. But this story I couldn’t resist.

Brexit. Great Britain is going through a bit of turmoil over their recent vote to exit the European Union. It seems the kitty cats that reside at the Prime Minister’s residence; 10 Downing Street and the Foreign Office right around the corner do not agree as well.

Here’s the full story from the NY Times.

This is the PM’s cat, Larry. Named after someone named Larry I assume. 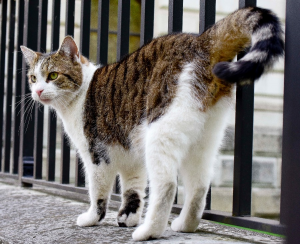 Below, is Palmerston. Named after the Viscount Palmerston (1784-1865) who was a two time Prime Minister and three time Foreign Minister who was known for his aggressive manner and “gunboat diplomacy”. Hmmm…appropriately named methinks. 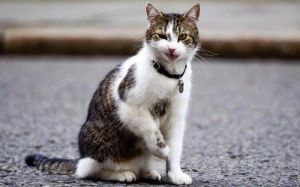 Colonel Mustard in the kitchen with…..

Colonel Mustard in the kitchen with…..