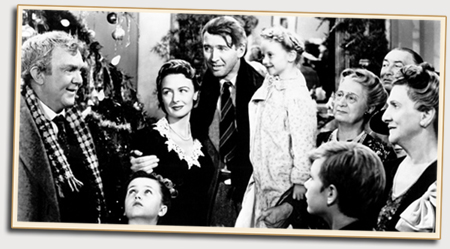 By bkirby Uncategorized No Comments

All of us at the Goodfriends Veterinary Clinic would like to take this opportunity to extend to all of our wonderful clients and gentle furry friends our warmest wishes for a joyous holiday and a prosperous and happy new year.

Yes it is a wonderful life.

Every year at this time I get a kick out of my two college age daughters. They always make time to sit with their Dad and watch “It’s A Wonderful Life”. I introduced them to it when they were little. They used to role their eyes and whine, “Ahh, Dad…do we have to? Again?” But now…after endlessly watching scene after scene, many that we know by heart, they’ve come to share my love of this timeless story.

Growing up, I would often remind them of how the simplest event…or the most innocent encounter with another person might end up having a profound impact on their lives. The life of George Bailey could be a metaphor for all of us. Whether it was the seemingly accidental notice of the prescription wrongfully filled by the druggist Mr. Gower or the jumping into the pond to help his little brother who fell through the ice….who would have known what those few seconds of one’s life would end up meaning to countless others many years later.

If you watch it again, I recommend paying close attention to Jimmy Stewart’s character, George Bailey, as his friends and neighbors pour into his living room on Christmas Eve. Specifically, the look on his face when his little brother, Harry, who was awarded a war hero’s medal, enters the room. The definition of great acting is being able to convey an emotion and give meaning to a scene without saying a word. To me, that wordless few seconds; the look on Jimmy Stewart’s face, defines the greatness of that movie.

“To my big brother, George. The richest man in town”

Another holiday favorite is actually an animated Christmas film. “The Polar Express”.

I love it for several reasons but mainly because it reminds me so much of my childhood growing up in Grand Rapids, Michigan. Chris Van Allsburg, the author of the children’s book upon which the movie is based was also born and raised in Grand Rapids. His book and the movie are riddled with quaint references to our shared hometown. Many street scenes are accurate depictions of neighborhoods where I grew up.

There’s a brief moment when the train passes a store front all decorated with Christmas scenes and the kids flock to the window to see. The store was called Herpolscheimers. It was a real store in Grand Rapids and it was the go to place for families to take in the holiday season and for kids to visit Santa Claus. I went there countless times.

The most poignant moment of the film is at the very end when the little boy shakes the sleigh bell and he is the only member of his family that still hears it jingle; signifying that he is the one who still believes in the true meaning of Christmas. 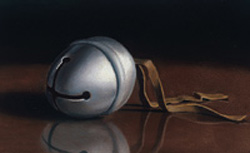 Every Christmas morning with my family I ring our sleigh bell to remind us all what the season really means.

Happy Holidays to all. 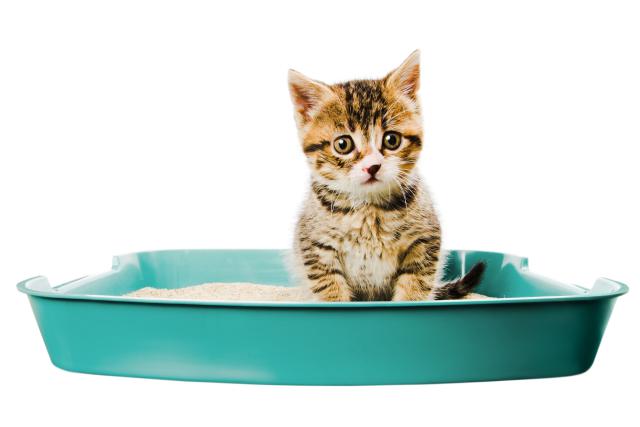 By bkirby Uncategorized No Comments

We see this problem a lot. Cats, males and females, straining to urinate in their litter box. Sometimes….not in the litter box. One of the most common reasons clients give up on cat ownership is because their kitty isn’t properly using the litter box.

Sometimes it’s behavioral. Here are several tips for getting your feline friend to use the litter box regularly.

2. The box needs to be roomy. Don’t be afraid to have a big one. I recommend a sweater box. The plastic kind you can buy at Target to store sweaters under the bed. Throw away the top. 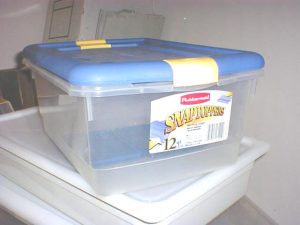 The one on the bottom is best

3. Clumping litter is usually preferred to the old fashioned clay litter. It’s also easier to clean up and dispose of. Avoid heavily scented litter. Some cats loathe the floral odors they emit.

4. Place the box(es) in quiet, out of the way places, but are also readily accessible. Kitties like privacy too. And avoid placing them near mechanical devices like washers or dryers, sump pumps or furnaces. The sudden noises they can make while your kitty is in the nearby box can be startling and make them wary of returning.

5. Some cats prefer covered litter boxes but I have found more cats prefer uncovered. I recommend “uncovered” whenever possible.

6. Keep them clean. Scoop ’em out at least once/day. Your furry friend will appreciate it.

There are the medical issues that can cause litter box issues. This is where we get called in. It can be a serious problem.

97% of the cat population…whether they are strict housecats or go in and out….rarely have lower urinary tract issues. For those 3% who do, however, it can not only be frustrating for both you and your kitty, but very dangerous as well.

As you can imagine, bloody urine is never, ever OK. Cats will feel the same things as people who have bladder issues. Urgency, a sense of needing to go, a burning sensation when they do urinate and frequent attempts to go. However, cats do not understand the problem and may attempt to go in other places thinking the litter box is the cause of their discomfort…not their bladders.

Most of the time bloody urine is due to the formation of struvite in the urine. Basically, struvite is very fine, gritty crystals that form in the bladder and cause friction and irritation when the cat urinates. In the male cat, struvite can cause a plug that will block the outflow of urine from the bladder and cause a painful emergency. Females rarely plug as their outflow tract (the urethra for you anatomical purists) is shorter and straighter than a male’s. A male cat straining in the litter box should not be ignored. A “blocked” tomcat is serious.

If we are treating a female cat with struvite we will use antibiotics. Many of these cats will not have actual infections causing the problem but will develop one due to the straining and blood. Next, we try to dilute the urine as much as we can. It would be nice if we could “ask” our patients to drink a lot of water….but they often don’t listen. Adding water to their food helps. We also encourage the use of drinking fountains. A lot of cats are attracted to the burbling sound and fresh, filtered water a fountain like this can provide.

We also will frequently try to reduce the straining and discomfort your cat may be feeling. We have several options; anti-spasmodics, anti-inflammatories and specific pain relievers can all be used.

Ultimately, a change in diet may be required. These diets are the equivalent of drinking cranberry juice in humans. We’re trying to alter the “chemistry” of your cat’s urine. Some are low in magnesium which is a critical component of struvite. Others specifically change the pH of the urine so the struvite is less likely to form. There are some over the counter diets that can be effective, but for the male cats…..that’s next, coming up…..we really recommend the prescription diets. They are a little more expensive, but can save you a ton of money in veterinary bills if they can alleviate this problem.

If you’ve ever had a male cat “block” you’ll know what I’m about to describe. This is a big deal. A blocked, male cat can’t urinate. The kidneys make urine at a constant rate and it travels to the bladder to be stored until passed in the litter box. If your cat can’t pass the urine the bladder becomes large, full, hard and very painful. When I palpate these guys their bladder will feel like a baseball in their belly. Yeah, it’s that big and that hard.There is no place for more urine from the kidneys to go. It backs up into the kidneys and they stop working. Acute kidney failure. Very, very sick cat. It’s an emergency. Call us or go to the emergency clinic.

These cats need to be sedated and have a catheter placed in their bladders to relieve the plug and re-establish the flow of urine. This can be difficult as the struvite/stones in the urethra can be lodged and difficult to flush back into the bladder. I have had to do emergency surgery on these cats a few times and go through the abdomen first and unblock the cat from the bladder (inside) side of the abdomen. Difficult and dangerous. We then suture the urinary catheter in place to maintain a means of egress for the urine blocked up in the bladder.

Once we have the him unblocked we need to re-establish normal kidney function. We place an intravenous catheter in the foreleg and administer a high rate of IV fluids. This forces the kidneys to make more urine than they would normally. The kidneys will pump out the extra urine through the earlier placed catheter in the bladder. Essentially increasing the flow from the north end and flushing it out the south end.

Depending on the severity of the kidney damage hospitalization can last several days.

Usually, after 1-2 days of cathertization we can remove the catheters and see how well our patient can urinate on his own. They will still strain and it may take days for the blood to finally abate, but most will return to normal within 3-5 days.

If special diets are not adhered to (and sometimes even if they are) a male cat can reblock. In these cases a surgical procedure to open the urethra and make it easier to urinate can be done. A urethrostomy used to be a common procedure that old geezer veterinarians like me used to do all the time. I won’t get into the details but it can be life saving. Fortunately, with the new foods that are now available and the medications we have today, this surgery is rarely needed anymore.